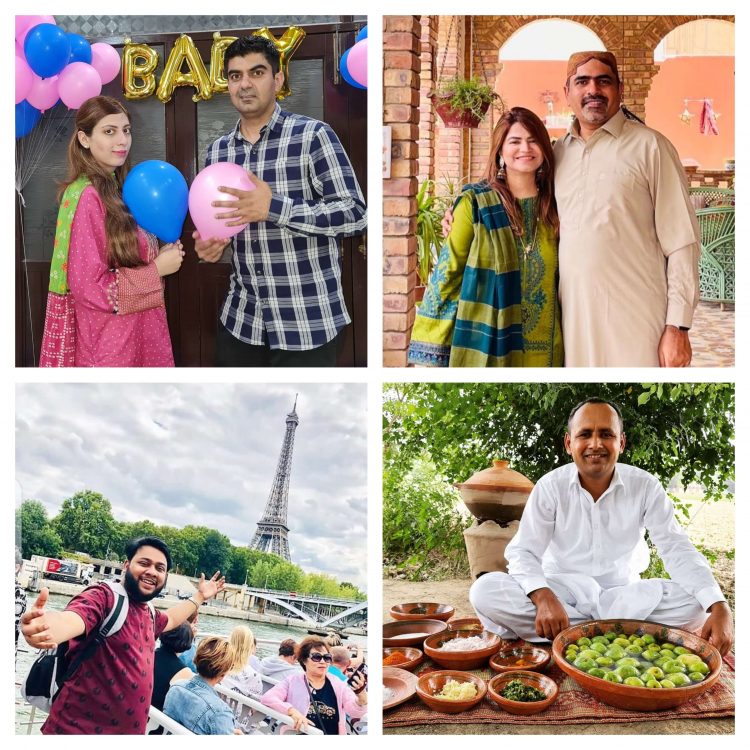 The growing popularity of YouTubers in Pakistan has piqued many people’s curiosity in starting their own channel. The number of young YouTubers who work for other entrepreneurs to promote their businesses through their YouTube channels is also on the rise.

Many people in Pakistan launch a YouTube channel, but those that stay constant and demonstrate their perseverance and passion take the lead on this platform. Famous Pakistani youtubers have contributed to the company’s success.
Many Pakistanis launched their YouTube channel while staying at home in 2021 because to the COVID-19 pandemic.

The home-based chefs recipes, entertaining, beauty products unboxing videos, pranks, entertainment, tech videos and many other quality content has gain popularity during this time and has reached the YouTubers to have more subscribers that helps them to monetize their channel in a very short span of time.

This page includes a list of the top Pakistani YouTubers, as well as their YouTube subscriptions and growth rates. However, if you have video editing abilities, such as graphic design, and a passion in a certain sector that allows you to create engaging content, you may share it with others via videos on your YouTube channel, which you can start for free.

Pakistan Time has gathered data from many sources regarding the Top and Best Pakistani YouTubers of 2021 who have the most subscribers in order to have a closer look at the stars that are controlling the local YouTube in 2021. 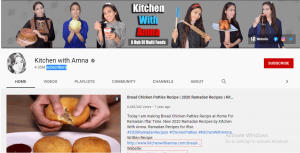 Cooking or baking has never been so simple as it has become in this period when you can just watch a video of any meal you want to cook or bake instead of learning the recipe from an elder or spending a lengthy time in the kitchen. Amna has also purchased her own self-made culinary recipes, which are popular among Pakistanis.
She is currently the sole Pakistani cuisine guru on YouTube with over 4 million subscribers. According to insiders, she is at the top of the list. She presently has 4.05 million subscribers on her YouTube channel. She is also regarded as one of Pakistan’s most well-known YouTubers. 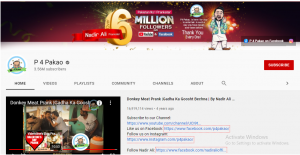 Nadir Ali is the king of fun and the man behind Pakistan’s most popular YouTube channel, P 4 Pakao. For the past three years, it has mostly served as an entertainment channel. It was also the first independent Pakistani channel to reach one million subscribers.

He does, however, hold the distinction for being the first person to reach 2 million YouTube subscribers. His pranks and comedy troll the internet, and members show an interest in covering his content with their memes. His channel P 4 Pakao currently has 3.56 million subscribers. 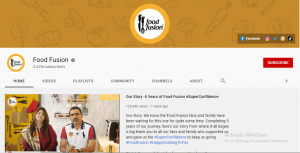 Asad Memon has a professional, easy, and distinctive kind of cooking channel that showcases tasty recipes on YouTube. The channel ‘Food Fusion’ is popular not just on YouTube, but also on Facebook, where people are flocking to try out its dishes. Their current subscriber count is 3.47 million.

Asad Memon started this channel to teach people how to create different recipes step by step while watching videos. Meanwhile, the concept of making videos primarily without words by simply mentioning ingredients and stages has made it a lot easier for people to keep track of all the ingredients and cooking steps. 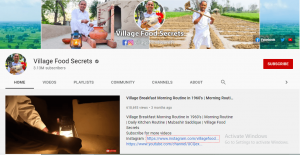 Mubashir, a 36-year-old man from the small town of Shahpur in the Sialkot region of Punjab Pakistan, has launched a YouTube channel called ‘Village Cuisine Secrets,’ where he shares all of his village’s food recipes with people all over the world who enjoy them.

Mubashir has become a YouTube sensation in a short period of time, as his channel has grown to 3.13 million subscribers in just four years and he has risen to become one of the top YouTubers despite coming from a small Village. 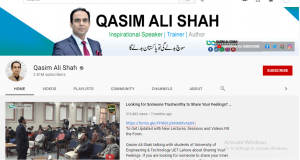 Qasim Ali Shah is a motivational speaker and trainer who has a large following. Qasim’s internet presence, as well as his content, is widely-known among the public, particularly among Pakistan’s youth.

His YouTube channel, on the other hand, is made up of lectures and short motivational videos that he created himself, and as a result, he is gaining a lot of attention not just in Pakistan but also in other nations. In 2021, he will have 2.81 million members, making him one of the greatest gainers. 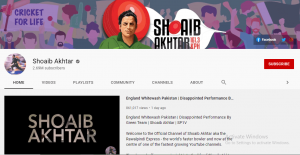 On YouTube, he continues in his amusing manner. However, a big amount of his recordings are geared toward the local audience, and we can observe him speaking mostly in Urdu. He writes about all aspects of Pakistani and international cricket.

He also conducts interviews with well-known cricketers, and because we all adore cricket, the channel is one of Pakistan’s fastest-growing. 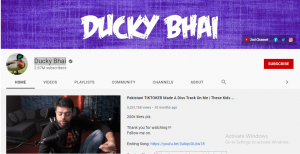 Saad ur Rehman is one of the men behind Pakistan’s top broiling YouTube channel. Ducky bhai is the name of his YouTube channel, which is based in Lahore. He holds a bachelor’s degree in computer science from Comsat Lahore. In any case, he has successfully graduated from the YouTube Academy as one of Pakistan’s most recognisable YouTubers.

He rose to prominence in 2018 as a result of an online spat with another well-known YouTuber, Sham Idrees. Furthermore, his YouTube channel has grown significantly since that time. Saad has joined world-class connections with a large number of comparable substance makers and roasters from India, and he is on track to surpass the 1 million mark in 2019. 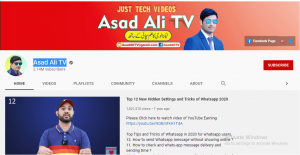 In Pakistan, Asad Ali TV is another tech analyst who delivers tech reviews. He uploads new YouTube videos on a regular basis, where he discusses tech audits, advice, and deceptions. Asad Ali’s main advantage is that he posts recordings in plain Urdu, which attracts neighbourhood watchers as well as those from across the border.

Asad Ali, a resident of Faisalabad, Pakistan, has been hailed as a local web-based media and social media success storey of overcoming adversity. He was recently interviewed by Pakistan Television PTV, where he explained the advantages of online media and how Pakistanis might benefit from it. 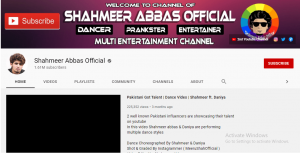 Shahmeer is a local celebrity who is sweeping the internet, including all social media platforms, with his dance movements and prank films, in which he pranks random people on the street. 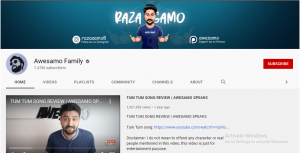 A well-known entertainment channel is Awesamo Family also known as Khujlee Family. Their channel is focused on their own thoughts and ideas. They provide instructive, interesting, and humorous stuff to the audience.