Pakistani Dramas To Watch In This Ramazan Ramadan is a month of joy and happiness. This may be the last month in which we see some light programming on television. In Ramadan, Pakistani dramas are not dominated by sorrowful faces, but they do portray togetherness and love, which are popular themes.

Many stations have already shown promos for their upcoming Ramadan dramas, and we must confess that they all look equally intriguing. In fact, the competition is fierce this time! Here are a few shows that we are looking forward to seeing. Keep an eye out for them! 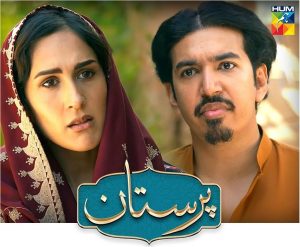 This time, the most popular Chupke Chupke couple is back on your television screens. The drama’s first few episodes exceeded our expectations, Ali Hassan directs the drama Paristan, which stars Javeria Saud, Merub Ali, Naveen Waqar, Mooro, Meera Sethi, Asad Siddiqui, and many others. Daily at 7:00 p.m., the Hum television drama is premiered.

Hum Tum is the most anticipated Ramadan special drama of the season, as it marks Ahad Raza Mir return after a four-year absence.

Sarah Khan, Junaid Khan, Ahad Raza Mir, and Ramsha Khan feature in another Hum TV drama, Hum Tum. Daily at 9:00 p.m. the drama will is premiere. Danish Nawaz is the director of the drama. 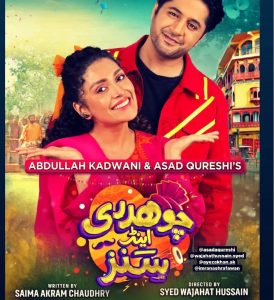 Saima Akram Chaudhry wrote the drama Chaudhry & Sons. The drama features a superb cast, including Ayeza Khan and Imran Ashraf, as well as Sohail Ahmed and Asma Abbas. A Punjabi family is featured in this comedy fix. The show was directed by Wajahat Hussain and will air on Geo every day. The drama is produced by 7th Sky.