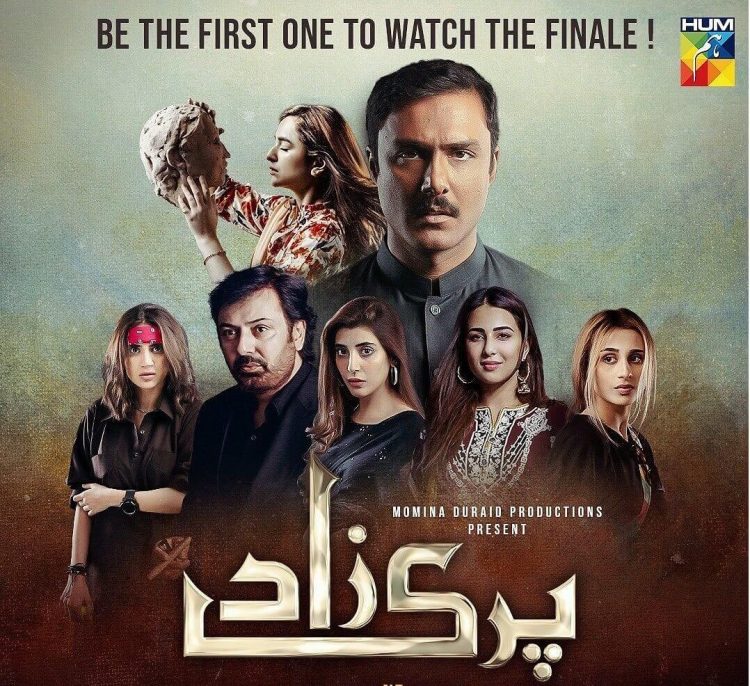 Fans of Parizaad are taking to social media to share their favorite moments from the closing episode, which aired on Tuesday. On January 28, 2022, the final episode of Parizaad was released in theaters. At the debut of the drama series Sang-e-Mah, the film’s cinematic ending was unveiled.

Parizaad was one of the most talked-about drama series, with a positive response from both reviewers and spectators. It launched in July last year and soon became one of the most popular serials, garnering a positive response from viewers and critics who praised both the storyline and the cast’s performances. Ahmed Ali Akber received a lot of praise for his performance as the lead.

In several episodes of Parizaad, an ensemble cast was included. In the serial, Urwa Hocane, Saboor Aly, Ushna Shah, Naumaan Ijaz, Mashal Khan, Yumna Zaidi, and many others have given outstanding performances.

Parizaad told the story of a young man named Parizaad who is rejected because of his appearance. Parizaad finally rises through the ranks thanks to his determination and hard work, but he continues to face personal challenges.

On Twitter, fans are saying their goodbyes to their favorite drama and sharing their favorite moments from the final episode. The sequences with RJ Annie (Yumna Zaidi) and Parizaad have received a lot of praise online. In just a few hours, the two segments had surpassed 10 million views on YouTube.

We are blown away by Yumna Zaidi's portrayal of Annie. She nailed the role in its entirety. Her performance in Parizaad was absolutely terrific. We lived this character with her due to her outstanding performance🤩💯#Parizaad #AhmedAliAkbar #YumnaZaidi pic.twitter.com/mJEZOkL7zT

@AhmedAliAkbar gives an Oscar-winning performance in Parizaad. The way he delivered his dialogues and the way he expressed his emotions are unparalleled. The stupendous performance he gave left us in awe🤩👏✨💯#Parizaad #AhmedAliAkbar #YumnaZaidi pic.twitter.com/vDdHVTgE0y

The brilliance of this masterpiece can't be put into words ✨ #Parizaad got his much deserving happy ending 😭❤️.
These two deserves all the adulation for their brilliant portrayal.I am gonna miss this beautiful show so much 🥺❤️.#AhmedAliAkbar #YumnaZaidi pic.twitter.com/v365w5fVRw

Appreciate this man for writing such a powerful script #Parizaad pic.twitter.com/ZDXNKPER6N

The official poetry that was used in 2nd last episode of parizaad.. 😍#Parizaad pic.twitter.com/LhjMDuoZUl

What a beautiful ending 🥺
I just loved this drama ❤️#Parizaad pic.twitter.com/qh2br1xITb