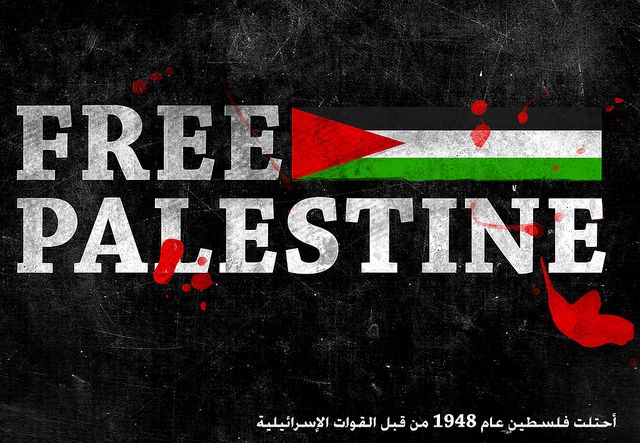 The entire situation in Palestine and all the terrorism going on there by Israel has shaken the entire Muslim nation. People from around the world are raising voice against this brutality. Kuwait has announced a ten-year jail for a person supporting Israel in any way.

Kuwait, Turkey, and other non-Muslim countries are also raising their voices against Israel. The airstrikes and bombing that are reported every day have shaken everyone. All those innocent children who have done nothing wrong are being killed brutally. The human rights of people in Palestine are being violated.

The Pakistani nation is also raising its voice against Israel. They are standing up for peace. The hashtags such as #FreePalestine, #StayWithPalestine, #StandWithHumanity, etc., have been trending on Twitter. Numerous celebrities are also raising their voices and using the power of social media to help their Palestinian brothers and sisters.

Hundreds of people, including stars like Mahira Khan, Shehryar Munawar, Anoushey Ashraf, Ayesha Omer, Osman Khalid Butt, have gathered along with others Karachi Press Club. They are not violating any rules and protesting peacefully. All they want is freedom for Palestine.

Ayesha Omer took to her Instagram handle and shared her picture while protesting at Karachi Press Club and others. She has written a heartfelt note as a caption.

Similarly, Osman Khalid Butt encouraged all to gather and stand for Palestine together.

Mahira Khan shared her pictures from the protest on her Instagram story. So did Shehryar Munawar. 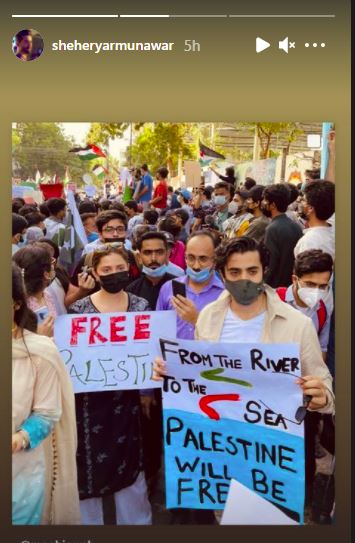 We are here raising our voice against this brutality. Keep praying for Palestine. We hope this brutality comes to an end soon and those responsible for this face the consequences.