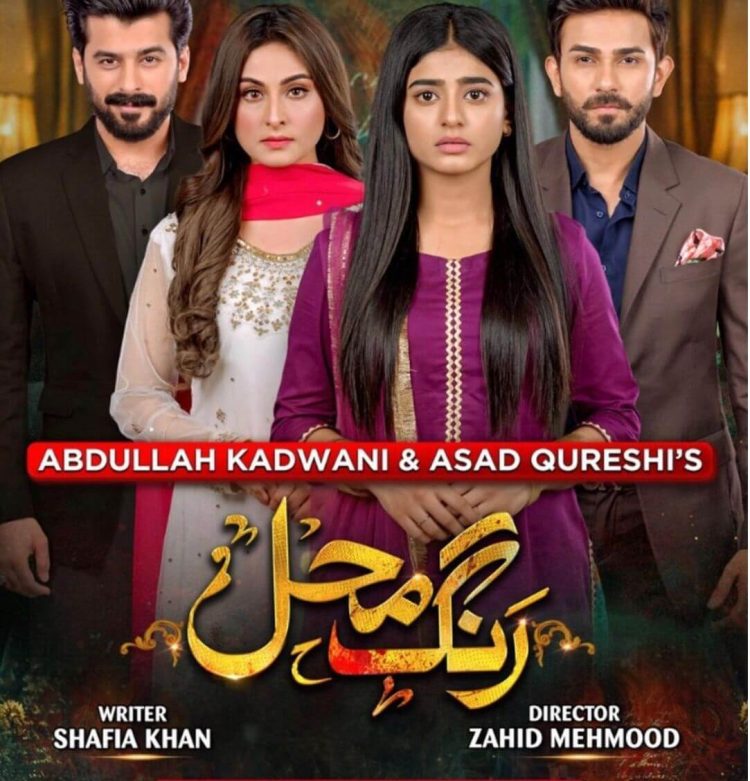 Rang Mahal Drama, a 7th Sky entertainment production, has received critical acclaim and a large audience. Zahid Mehmood directed the drama, which was penned by Shafia Khan. This Pakistani Drama starring Humayun Ashraf, Sehar Khan, and Ali Ansari, became the most popular trend as soon as it premiered; it trended on YouTube, Google, and each episode had millions of views. People were won over by Sehar Khan’s portrayal of Mahpara, who was shown to be an empowered woman who was assertive and made a position for herself.

Humayun Ashraf, Sehar Khan, Aruba Mirza, and Ali Ansari are among the main characters in this Pakistani drama. Here’s everything you should know about this drama:

Rang Mahal is a Geo TV drama about a girl named Mahpara (Sehar Khan). Ali Ansari, Mahpara’s cousin, is his life partner. He likes her and wishes to marry her as well.

Ali Ansari’s younger brother is played by Humayun Ashraf. He likes Mahpara but is envious of her when he sees her with his brother. He makes false accusations against her, and no one, even the man she loves, believes her.

Mahpara goes through a lot of challenges in her life. Humayun Ashraf married Aruba Mirza, who dislikes Mahpara as well. Let’s witness how Mahpara handles this difficult period in her life and persuade everyone of her innocence.