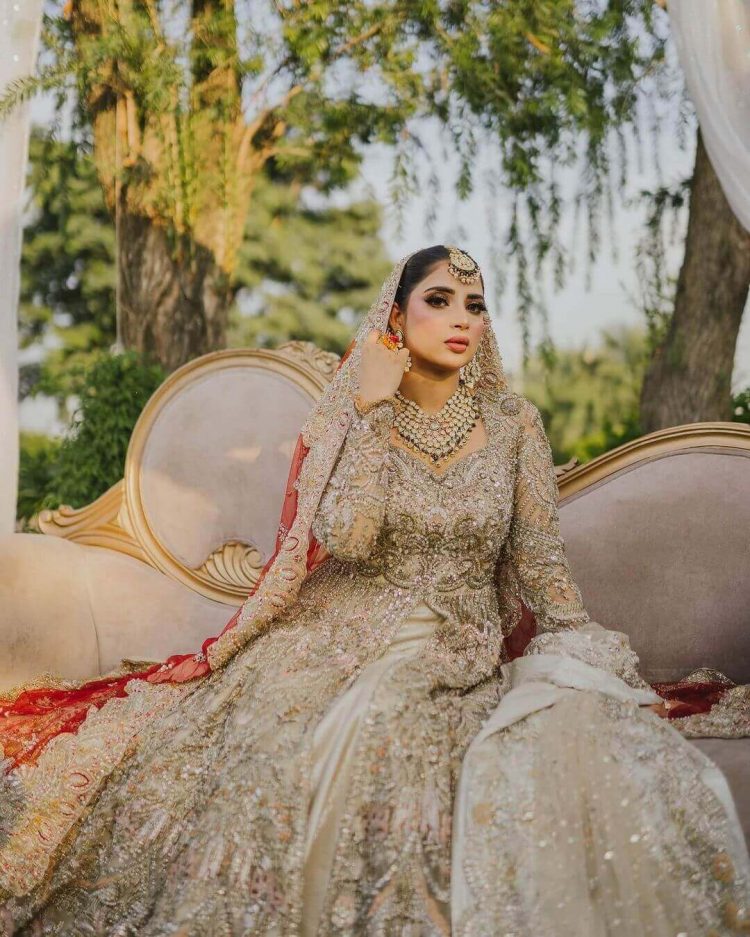 Saboor Aly is a stunning and accomplished Pakistani actress and model who has captured the hearts of millions with her incredible acting abilities. Saboor Aly is regarded as one of Pakistan’s top actresses who, although coming from a non-artistic background, managed to win the audience’s adoration and respect via her versatility. Ali Ansari, who also works in show business, is married to Saboor.

Saboor recently appeared in a bridal photoshoot for “Makeup Studio By Maria.” Saboor Aly looks stunning in her richly adorned bridal ensemble by “Mysie By Tahira,” which she accessorized with substantial kundan jewellery by “Opal By Madiha Ihsan.” Her fans are in awe of Saboor’s stunning photos from her most recent bridal shoot. Here are some breathtaking images of Saboor taken by the incredibly gifted “Maha Wajahat.” 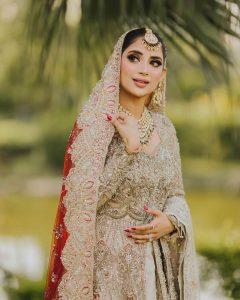 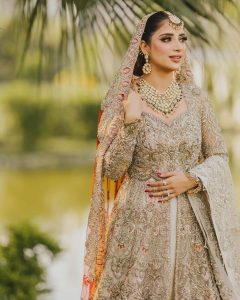 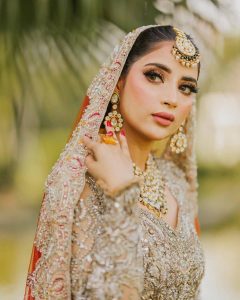 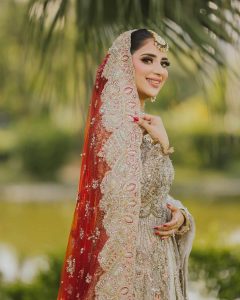 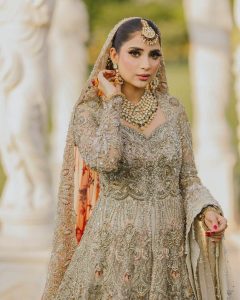 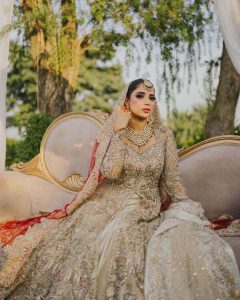 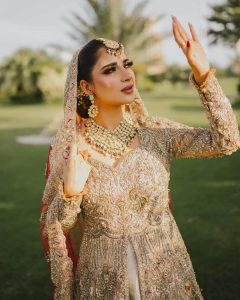 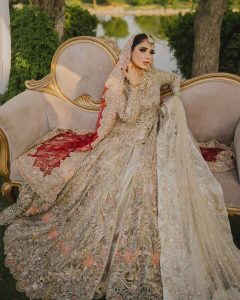