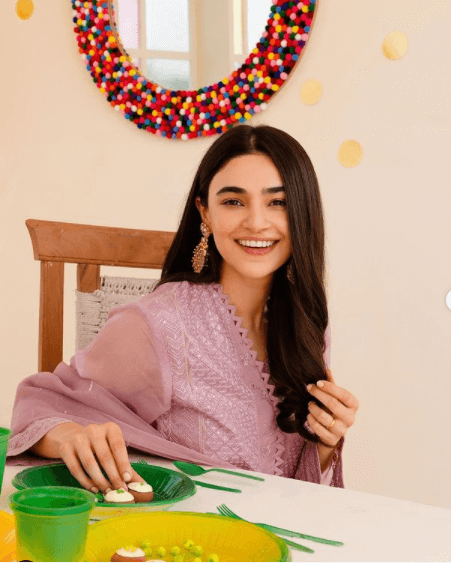 Saheefa Jabbar Khattak, a Pakistani actress, has wowed her fans with her deadly dance routines. The stunning actress shared her new video on Instagram, where she was dressed in different ensembles by well-known designer Kamiar Rokni. She may be seen demonstrating her dance skills in the popular video.

She captioned the photo, “Have always been a huge K3G fan & did little something to celebrate it in @kamiarrokni amazing clothes”.

Saheefa Jabbar also won the Lux Style Awards and the Hum Awards for Best Emerging Model. She made her acting debut in the drama serials “Teri Meri Kahani” and “Beti,” in which she played the leading heroine. Both of her dramas were huge successes and gained her great acclaim. In 2017, she married. Here’s a video of her adorable dance moves.