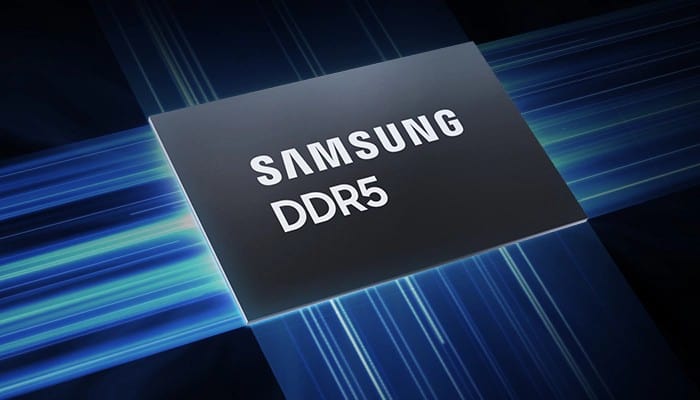 Samsung has always been the one to experiment and try new things. Whether it be the note smartphone or the folding phone, Samsung was the first to try them out. This time, Samsung is all set to try something new. It’s the DDR5 RAM module with an insane 152GB capacity this time.

It is announced by the Korean tech company that the latest generation RAM modules are in the process of development, and they will be more focused on AI/ML. The exascale hyper-computing, networking, hyper-computing, etc., are some other prominent features of new modules.

Talking about these 512 GB DDR5 RAM modules, Samsung said that these modules would expand its existing portfolio. The new RAM modules will be based on High-K Metal Gate or HKMG process nodes. These are the same notes that are used for Samsung’s GDDR6 VRAM modules.

The best thing about these HKMG nodes is that they prevent power leaks and increase power efficiency by 13%. As far as performance is concerned, these modules are called the Samsung 512GB DDR5 RAMs to offer twice as much speed as DDR4 RAM with up to 7200 Mb/s.

The DDR5 RAM has a total of 40 DRAM chips on each of its sticks. Each stick has around eight layers of 16 GB DRAM modules.

Currently, Samsung is testing different variants of DDR5 and has not announced the launch date yet. But it is expected that the new RAM module will be launched by the end of this year. However, we expect that the price of these modules will also be higher as they have so much capacity.