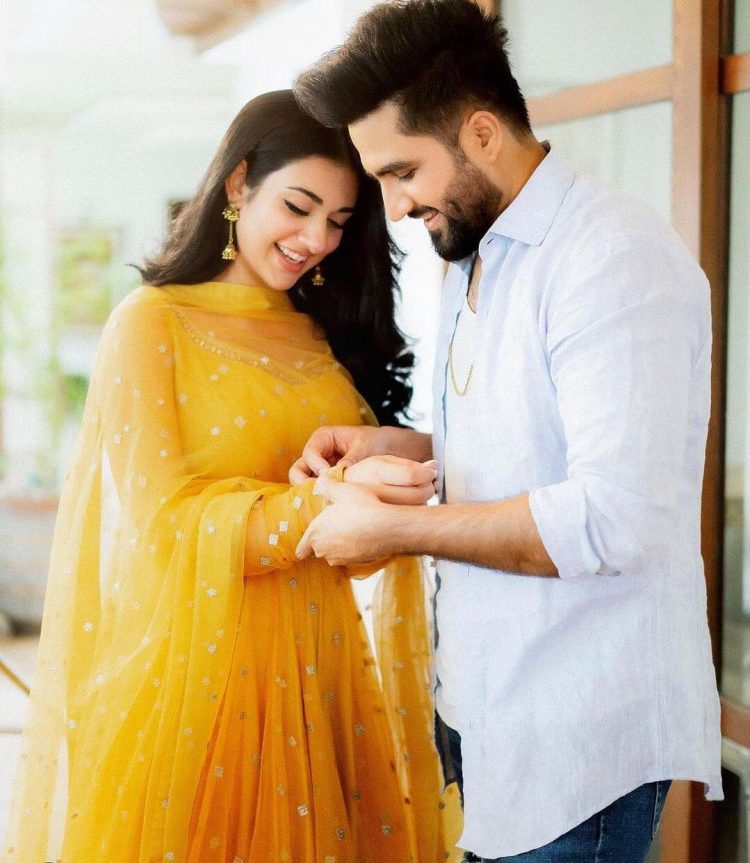 Sarah Khan and Falak Shabir, the lovely celebrity couple, have given birth to a baby girl named “ALYANA FALAK.” Falak Shabir shared the wonderful news with his fans and followers on his official Instagram account.

Falak Shabir posted alongside a cute photo. “Rabi-Ul-Awal Mubarak, Jummah Mubarak.
ALLAH pak ne is ba barkat maheenay ke ba barakat din Apni rahmat se nawaza hay
Shukar ALHAMDULILLAH, So happy to announce the arrival of my daughter who is half me and half the one I love. Introducing ALYANA FALAK, App sab ke pyar or dua ka shukria”.

Sarah Khan, an actress, and Falak Shabir, a musician, married in 2020 and are expecting their first child together. The couple shared a photo of their baby’s room, which included a crib stuffed with white pillows and a satin blanket. The artist hinted at the birth of a baby girl by spreading a pink braid of cushions across the stage.