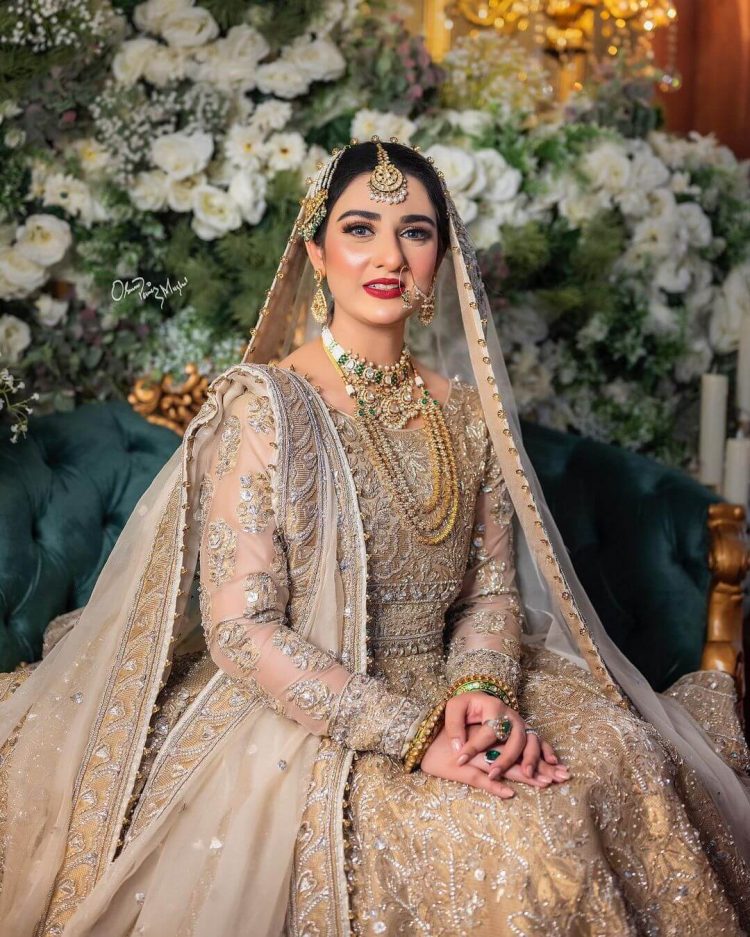 Sarah Khan is a talented Pakistani actress and model who has starred in a number of hit drama series like as Sabaat, Lapata, and Raqs-e-Bismil, demonstrating that she is a natural performer. Sarah Khan is well-known for her stunning appearance and amazing acting abilities. Sarah Khan has recently received accolades for her role in the Ramzan special drama serial Hum Tum, which also stars Junaid Khan, Ahad Raza Mir, and Ramsha Khan.

Sarah Khan was recently featured in a bridal commercial for “Makeup Studio By Mehwish.” Sarah looks ethereal and elegant in a beautifully adorned wedding gown by “Fahad Hussayn,” which she complemented with elaborate gold jewellery. Let’s take a look at the captivating snaps captured by “OPM Shoots.” 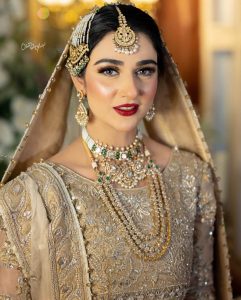 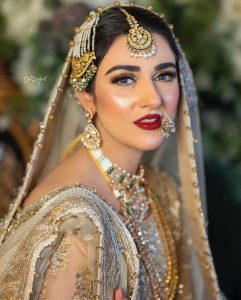 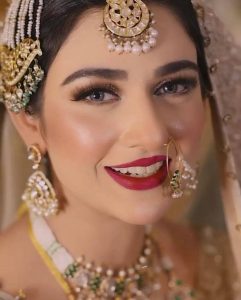 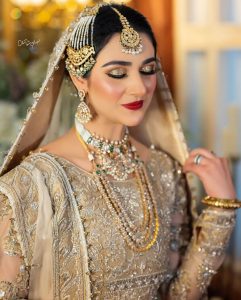 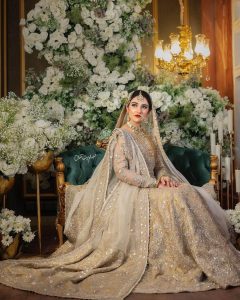 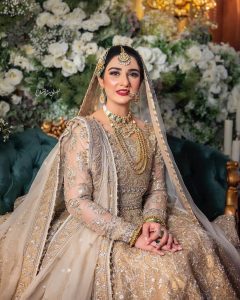 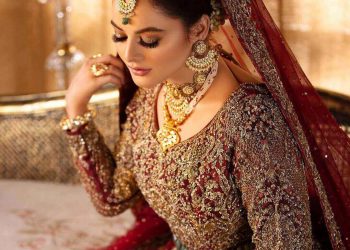 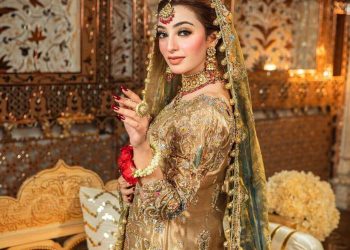 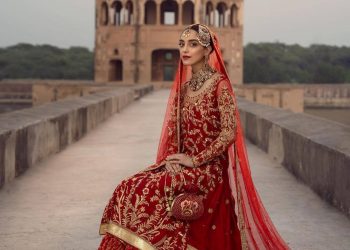