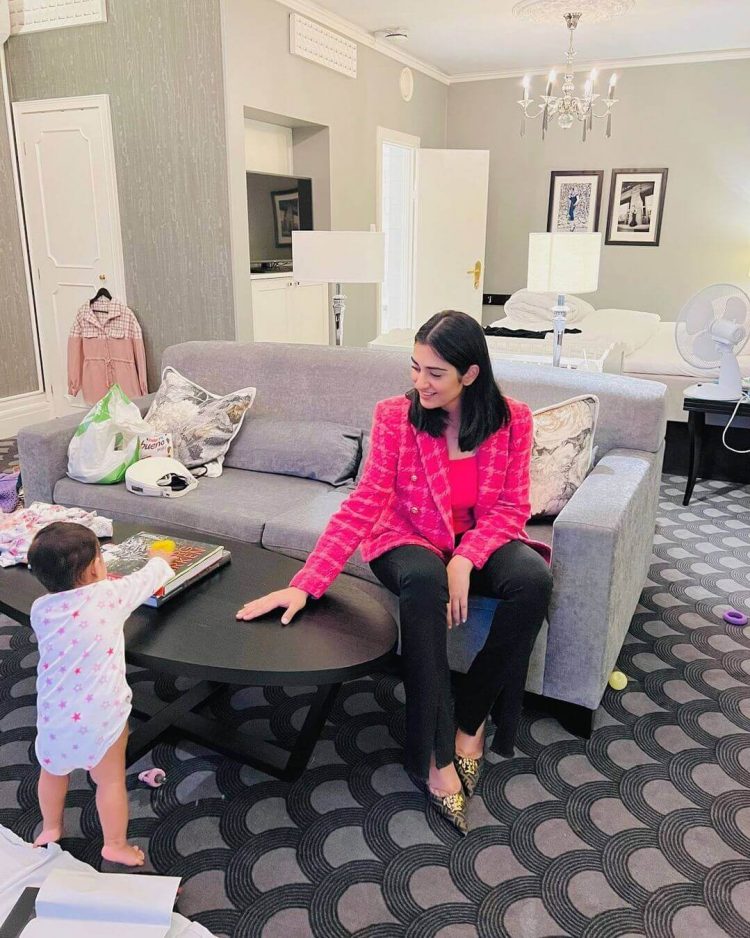 Sarah Khan‘s admirers gush over her skill and praise her script selection. In every role she does, she brings something new to the screen, and it’s for that reason that her fans like her. Yet another reason Sarah is so beloved by her followers is because she is so candid about her private life and the love she has for her family.

With the birth of her daughter Alyana Falak, Sarah has now become a mother. We have witnessed the new mother, Sarah, bringing her infant daughter, Alyana, around on several film shoots. Sarah Khan took her family on a vacation, and while they were there, we got to see some truly heartwarming moments between her daughter Alyana and her parents, Sarah and Falak. Even though Alyana is too little to remember it, her adoptive parents took her to Disneyland.