Shahid Afridi can no longer take part in PSLT20 this year: Fans are heartbroken 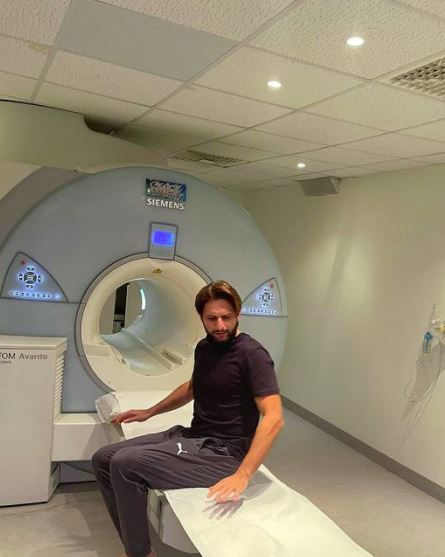 Shahid Afridi is a name that doesn’t require any introduction. He is the star of the Pakistani Cricket team and managed to steal people’s hearts through his incredible performances. Shahid Afridi has been called various names, whether Laala, Boom Boom, or any other name.

Cricket holds a separate and prominent place in the heart of every Pakistani. When it comes to cricket, Shahid Afridi has his particular fan base. People admire him and adore him for his unique looks. As the PSL series began to conduct, people were so happy to know that they would again see Laala.

In the beginning years, Afridi played for Peshawar Zalmi. Later he joined Multan Sultans and was winning hearts all over again. Even if Boom Boom did not give too many sixes and fours and could not score multiple wickets, his very presence was enough for his fans.

Shahid Afridi took to his Instagram today to share a piece of sad news with his fans. His fans are heartbroken to find out that Laala can no longer take part in PSLT20 this year. As per his post, he is facing some health issues.

“While training for the remainder of @thePSLt20, I felt lower back pain & had to consult a doctor. Unfortunately I have been advised to rest and can no longer accompany my team @MultanSultans. I am heartbroken 💔 as I was practicing and training really hard. My support & prayers are with the team to take the trophy.”

The cricket star shared his health condition with his fans. Afridi gave his best wishes to the team. We are praying for the speedy recovery of our cricket star.