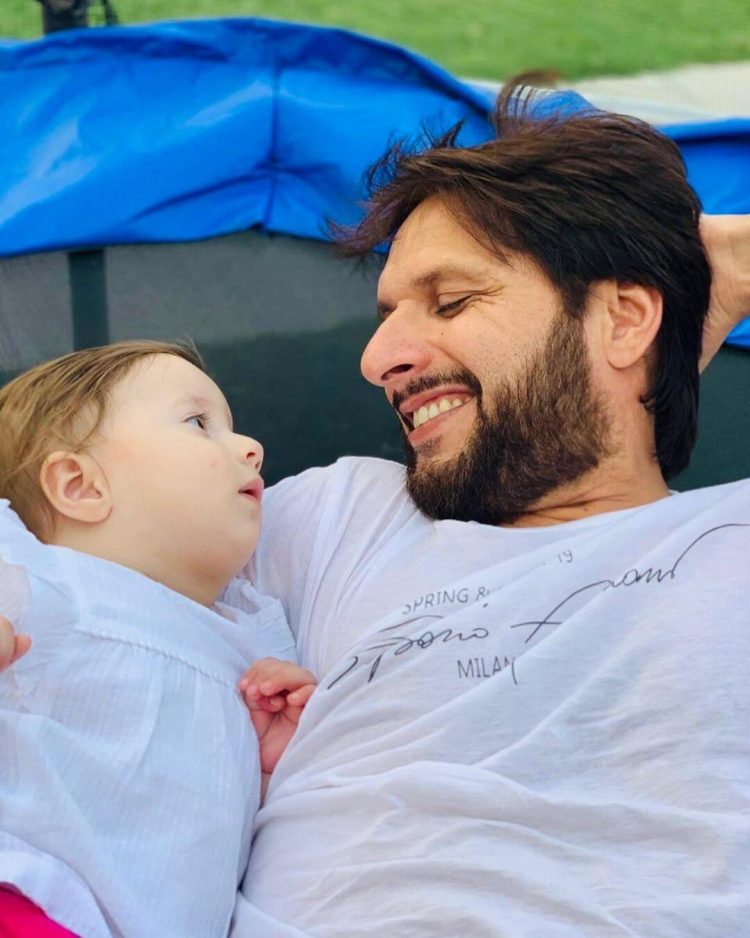 Undoubtedly one of the most popular athletes in Pakistan, cricketer Shahid Afridi has released a touching video of his youngest daughter.

While the 41-year-Instagram old’s feed is filled with images of his job and humanitarianism, his daughters make rare appearances.

On Twitter, the all-rounder shared a sweet and poignant photo of himself and his daughter cuddling. Afridi’s return home and meeting his youngest daughter was a truly endearing sight.

Little Arwa was spotted sprinting through the garden to meet her father, and it goes without saying that the moment between the father and daughter is melting hearts. The film has gone popular on the internet, and admirers were moved by the touching video depicting the couple’s close relationship.

No better feeling than coming back home to this. Beshak betiyaan hoti he rehmat hain😍 pic.twitter.com/BrjKAH6eD8