Shahroz Sabzwari shared a cute memory of his daughter Nooreh 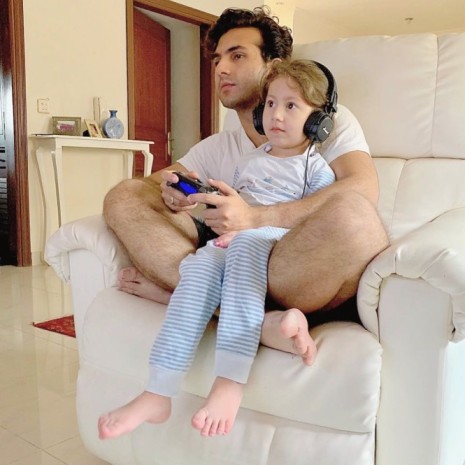 Shahroz Sabzwari recently parted ways with his wife, Syra Yousaf. The couple mutually decided to part ways after being together for almost eight years. Their marriage remained the talk of the town for a long while. Shahroz then married Sadaf Kanwal, a famous Pakistani model, and actress.

Syra and Shahroz had a daughter from their marriage named Nooreh. She is a 7-year-old cute girl who enjoys being with her parents and grandparents. Shahroz Sabzwari is fond of sharing cute videos of her daughter. Once, he shared a video of Nooreh where she was giving makeup class. It was the cutest makeup class ever found.

Similarly, Syra Yousaf also shares her daughter’s pictures, and videos on her Instagram handle on and off. Shahroz Sabzwari recently shared a cute and adorable memory of her daughter. He made it to his Instagram story. It’s a bookmark that’s handmade by his daughter. The actor wrote “Rapunzel Bookmark from Nooreh Dearest.” He added a heart after that.

From the story, it seems like Shahroz was reading a book when he came across this bookmark made by his daughter. He couldn’t stop himself from sharing this priceless memory with his fans and followers.

All love this adorable daughter-father bond.