Sonya Hussayn cleared out all misunderstandings and responded to Mathira 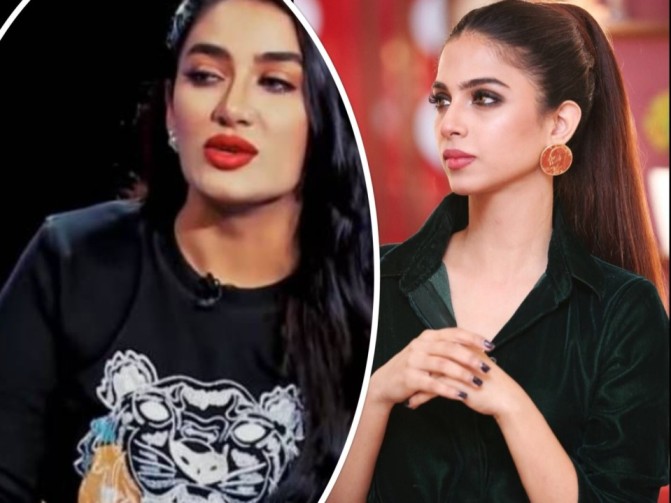 Sonya Hussayn is known for her blunt attitude and the excellent aura she carries. Because of her bluntness and independent views, she often gets into controversies. Her recent controversy was the one that happened with Shoaib Malik, the famous cricketer of Pakistan. One trait of Sonya Hussayn that makes her one-of-a-kind is her way of handling all these controversies.

Honestly, a celebrity’s life without controversies is not possible. All these controversies and scandals have become a part of their lives lately. This is sad, but this is what it is. Sonya Hussayn handled her contoversy about Shoaib Malik pretty gracefully. It’s not been even a month, and someone pointed her out again.

Mathira is not a new name that came into a controversy. Because of her behaviour and attitude, it would be no exaggeration to say that out of every ten disputes out there; one must have Mathira’s name in it. She recently took to her Instagram handle and shared her depression story and how the famous actress Sonya Hussayn made fun of her during that. Mathira also called Sonya Hussayn fake.

Her response to the situation is pretty mature, and the problem she has addressed is also real. Depression is real, and we need to help the people around us to cope up with it. We hope that Mathira gets out of it soon.