Syra Yousuf, a Pakistani model and actress, has been labeled the “beauty queen.” 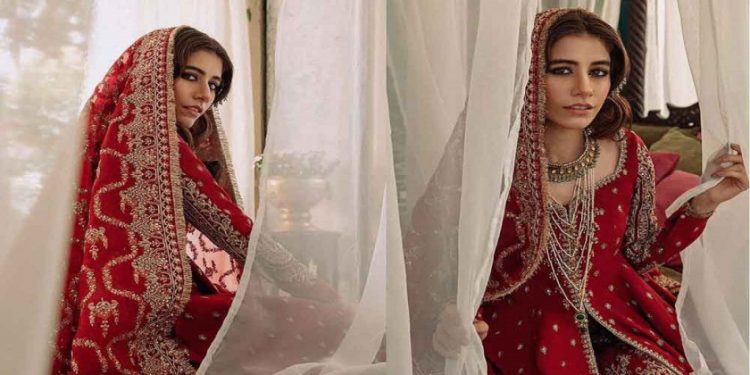 Syra Yousuf, a well-known Pakistani showbiz actress, and model, has been dubbed a “beauty queen” by her followers after a bridal picture shoot.

In recent posts, the actress has revealed photographs of herself dressed in a red bridal gown as well as a black gown with heavy traditional jewelry.

In the comments section, singer Aima Baig gushed over the actress.
Mahira Khan also commented on how beautiful her shoot is.

Fans were quick to praise the actress’s beauty, claiming that after viewing her photos today, Instagram must be jealous as well. Because of her remarkable beauty, she was dubbed “Queen.”

Syra Yousuf, a model, actress in film and television, and former VJ, was born in Karachi on April 20, 1988.
In 2012, she married Shahroz Sabzwari. After eight years of marriage, the prominent showbiz couple divorced for unclear reasons.