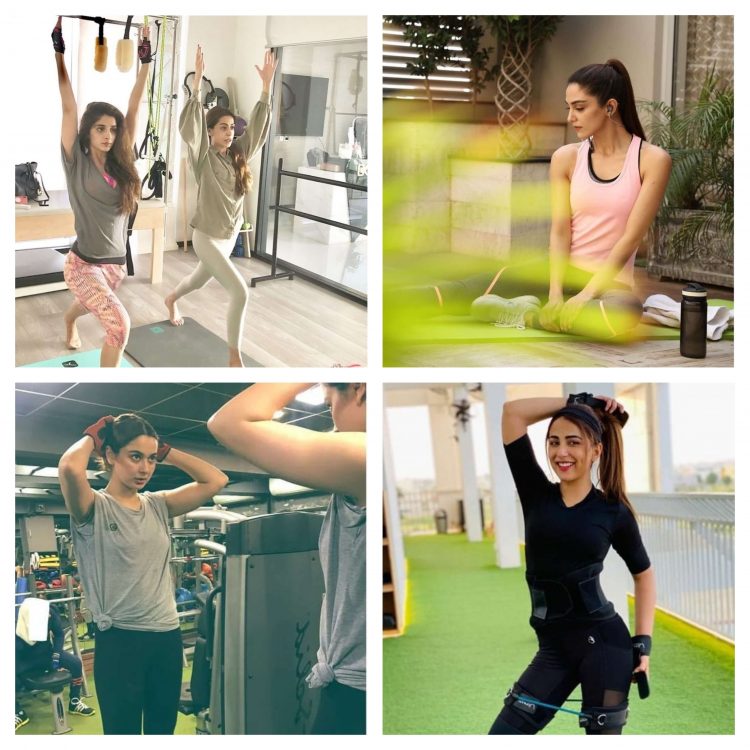 Humayun Saeed is the indisputable king of the entertainment sector and has long been a prominent figure in the field. Dil Lagi, Mere Paas Tum Ho, and Daam are among the dramas in which the outstanding actor has appeared. Bin Roye, Yalghaar, and Punjab Nahi Jaungi are among the films in which the Box Office King has appeared. He is the highest-paid TV performer of all time and is often regarded as the industry’s best actor.
In his upcoming project, the actor is ready to dazzle the audience with his makeover. Saeed has been working out hard, and everyone is looking forward to seeing how he has changed.
Here is a workout video of Humayun Saeed:

A post shared by All Pakistan Drama Page (@allpakdramapageofficial)

When it comes to prominent Pakistani hosts, Sanam Jung is at the top of the list. The gifted actress has also established herself in the industry by appearing in drama series such as Dil-e-Muztar, Alvida, Mein Na Janoo, and Mere Humdam Mere Dost. She also has a YouTube channel where she posts about her daily life, including her weight loss journeys and fitness routine. Sanam Jung has shed a significant amount of weight through diet and exercise.

Saba Qamar is a multi-talented woman in the entertainment sector. She was most recently seen in the drama series Cheekh, where she played Mannat, the main character.
The Baaghi actress’s most recent workout video has gone viral on the internet. Her fans are enamoured with her commitment to health.
In her most recent viral video, Saba Qamar is shown executing a series of assisted push-ups with a medicine ball. She was seen putting in extra work in order to maintain her fitness.

Maya Ali is a frequent user of social media. Maya Ali uses her official accounts to keep in touch with her fans and followers, posting everything from odd selfies to sharing photos from photoshoots. People are unable to go out, work, or exercise during the quarantine. As a result, Maya Ali devised a solution and began working out at home. She created her own workout area, complete with all of the essential equipment and a laptop computer that will assist her in learning new methods to maintain her body physically fit and healthy. Maya Ali posted photographs of her workout on Instagram.

Everyone wants to be small and fit, but working hard requires a lot of time and energy. With a busy work schedule, it is extremely difficult for someone to exercise on a daily basis. To live a healthy and vibrant life, you must eat well, exercise, walk, and calm your thoughts.
Mawra Hocane is attempting to maintain a regimen that allows her to continue her acting profession while still going to the gym, which can be difficult at first but becomes second nature as your body adjusts. Mawra is constantly up to something unusual, and this gym will be a part of her next endeavor. She also maintains her physical strength in order to carry out day-to-day tasks.

Hira Mani, on the other hand, is a leading actress in our shows who has evolved significantly over time.
A video of Hira Mani and Sana Fakhar working out together is spreading on social media, and we can see them giving away some huge training goals. Take a look at the following video:

Mansha Pasha is a Pakistani actress and television host who is most known for her supporting parts in Pakistani films. She is a superb actress with a charming demeanour. Mansha Pasha was known for her outstanding acting and flair in dramas and films. In the year 2019, she married Jibran Nasir.
We all know that staying fit and healthy requires exercise, yet we sometimes lack the enthusiasm to do so. Mansha Pasha’s fitness motivational video has went viral on social media, inspiring viewers to take better care of their health and fitness.

Ushna Shah has never been overweight, but when she first entered the industry, she recognised she needed to lose a few pounds for the camera, so she has made it a point to incorporate regular training sessions into her schedule. Ushna Shah doesn’t mind gaining a few pounds when she goes on vacation because she knows she’ll get back in shape by sticking to her strict gym programme when she returns to Pakistan.

Mehwish Hayat has always been self-aware of her appearance, personality, and physique. This is why, ever since she rose to fame, she has worked hard to keep her physique and stay in good shape. Mehwish Hayat participates in a variety of fitness regimens, including pilates, cardio, and kickboxing. She posts images of her training sessions to remind the world that maintaining a decent shape requires a lot of hard work and perseverance. It is true that, while healthy and controlled eating habits aid in weight maintenance, workouts and exercises aid in toning and sculpting the body.

Fitness is inextricably linked to the entertainment business. Many celebrities have put in a lot of effort and effort to change their lives. Faryal Mehmood is one such star. Faryal has undergone a complete transformation and is almost unrecognizable. Faryal Mehmood has dropped a lot of weight and looks very different now than when she first entered the industry. Faryal took a break from performing, but she is now back and has undergone a total style makeover.
As she made her way back through Lal Ishq, Faryal had dropped weight and changed her style.

Hania Aamir’s flawless acting talents and charismatic persona are the reasons why her vast fan base has fallen head over heels in love with her.

On screen and off, the 24-year-old is stunning, with an enticing Instagram feed that keeps fans fascinated.
She shared details about her fitness routine this time, as well as praising her friend and actress Mariam Ansari for being a constant in her life.

Shoaib Malik, a Pakistani cricketer, has demonstrated that he is a fitness enthusiast on several occasions. Malik updates his social media accounts on a regular basis, setting some huge fitness objectives.

On Instagram, the 39-year-old posted a short film of his intense gym regimen with his followers.
He works out hard under the guidance of his trainer, pouring his heart and soul into the extensive fitness routine. 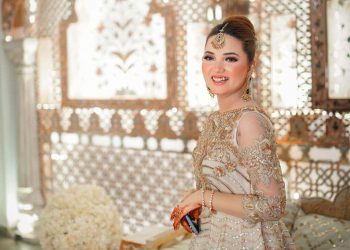