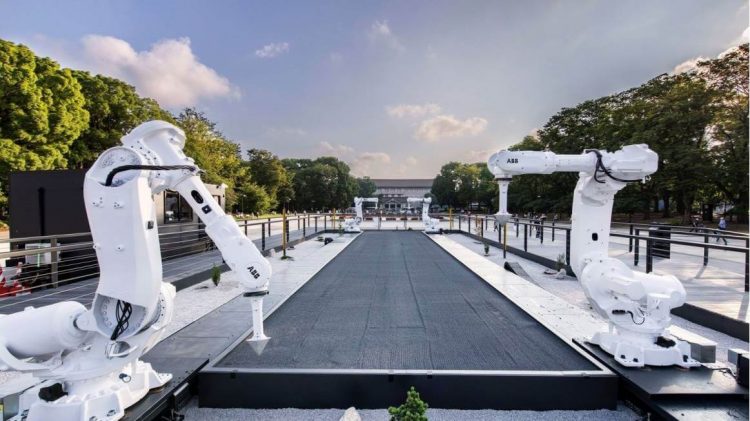 Abstract lines inspired by the actions of Olympic athletes are painstakingly etched in the gravel at a calm zen garden in a Tokyo park — not by monks, but by robots. “The Constant Gardeners,” a new installation, consists of four huge industrial robotic arms that work together to sculpt a traditional Japanese rock garden.

Their drawings are created using a custom artificial intelligence computer software that analyses video footage from previous Olympic Games and tracks the location of participants’ limbs to create unique designs. 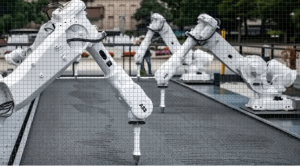 The installation’s creator, British artist Jason Bruges, told AFP, “They’re performing as actors to create this cultural intervention next to the backdrop of the Games.” After ten years of service with a car manufacturer, the robotic “gardeners” have been given a fresh lease on life in Tokyo’s Ueno Park. Throughout the virus-affected Tokyo 2020 Olympics and Paralympics, which culminate on September 5, they will generate roughly 150 distinct images.

Bruges said he was “motivated by the athletes training for and participating in the Games” and wants to change people’s perceptions on technology. According to the team’s creative technologist Joel Luther-Braun, data obtained from footage of the athletes in action is used to “shape or construct lines” that match the movement of their limb joints. A 25-year-old Tokyo resident who came to witness the artwork was attracted by the robots’ “human-like” movements, which contrasted with ordinary high-speed machines.

Bruges was shocked that visitors to the installation wanted to know the names of the robots. “Being in a culture where there’s a lot of exposure to technology is amazing,” he remarked.

“There’s definitely a culture here where people are attaching human characteristics to these machines,” he said, adding that viewers might be able to name the robots.