Trolls get a big problem from Faysal Quraishi 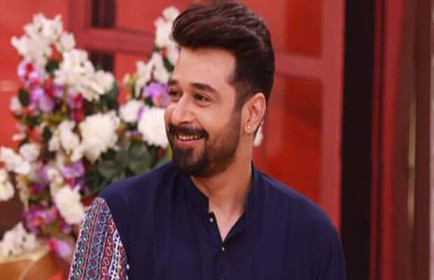 Faysal Quraishi is regarded as one of Pakistan’s most leading actors. The actor has proved his worth with a slew of hit dramas under his belt.

Bashir Momin recently took part in a live stream session in which he revealed some fascinating details about his personal life, professional life, and trolls.  Faysal got candid as he explained the toxicity of social media and discussed the advantages and disadvantages.
”I don’t know what to say. They’ve got a problem with everybody.  Trolls are bothered by everything. “Someone’s nose isn’t good, they have a problem, someone’s job isn’t good, they have a problem,” Faysal added.
Quraishi reiterated that he often doubts that all of this is happening as a result of any preparation or plotting while discussing the rising bashing and needless lambasting.
“I’ll conclude it with a really poor example for which I apologise in advance,” the 47-year-old continued. “They’re like stray dogs that will just bark no matter what, you should be concentrated enough to disregard them and keep walking, they have no power to hurt you.”

On the work front, Faysal’s drama Fitoor has received a lot of positive feedback.  The drama, written by Zanjabeel Asim and produced by Abdullah Kadwani and Asad Qureshi, has a huge fan base and stars Hiba Bukhari, Kiran Haq, and Wahaj Ali in the lead roles.