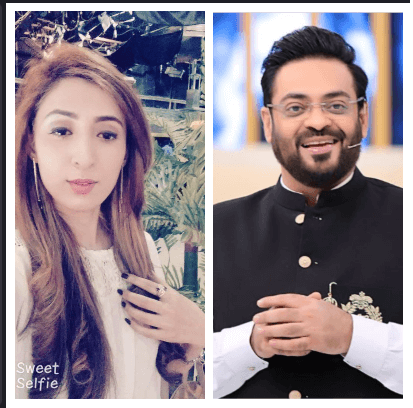 Aamir Liaqat is back again in limelight. There are rumors about his third marriage. Earlier in this month of Ramadan, he was in news because of a terrible fall and Naagin Dance during Ramadan  Transmission 2021.

The third wife names Haniya claimed with proof, She comes up with lots of proof like messages, Pictures, and voice notes, She also said she was tried to commit suicide.

Now Aamir Liaqat finally speaks about these rumors, In a video message, he said these allegations are totally wrong and the actress of  Bharaas Tuba Amir is his only wife.

He added, “We all don’t like talkative women, but no one wants to marry a deaf woman, People speak a lot, like you all, and according to you all I am married twice 3rd time, and many times, But the reality is my marriage is only with Tuba, she is my only Wife”.