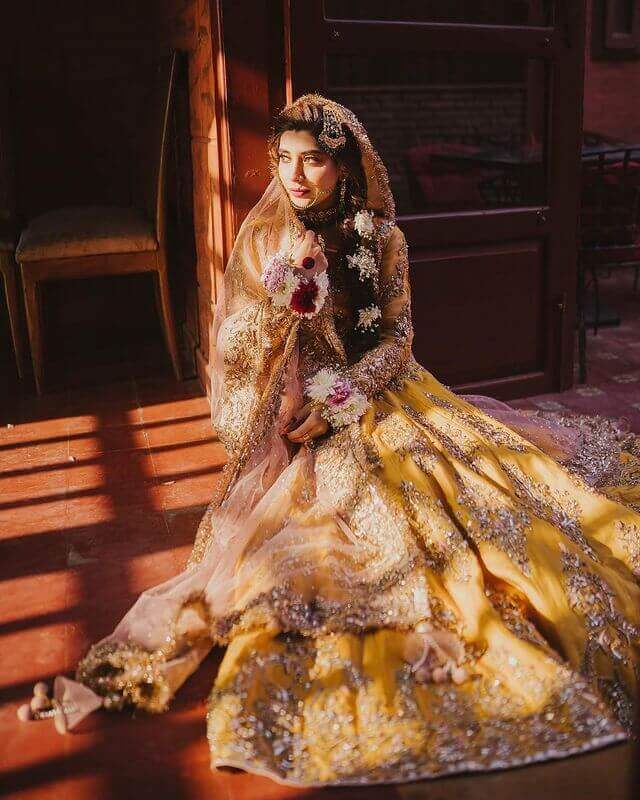 Urwa Hocane is a model and actress from Pakistan. Urwa made her acting debut in the romance drama Meri Ladli, which she co-starred in with Ahsan Khan and Sajal Ali. In the 2014 romantic comedy Na Maloom Afraad, she starred alongside Fahad Mustafa, Mohsin Abbas Haider, and Javed Sheikh. The film received generally positive reviews, and she was praised for her performance. Hocane launched her debut project as a producer in January 2019, Tich Button, a love film with husband Farhan Saeed. Which will be launched in the near future.

Urwa Hocane was recently featured in a Royli Salon Bridal Shoot. Maha Wajahat Khan created an exquisite bridal ensemble for her. Maha’s Photography provided the gorgeous photography for the shoot. Let’s have a look at how stunning and majestic she looks in the traditional Mehndi outfit she wore for the session. 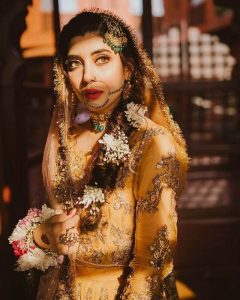 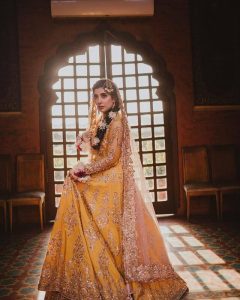 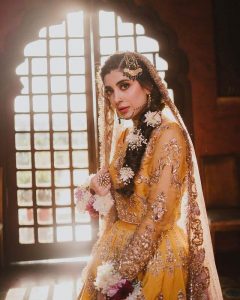 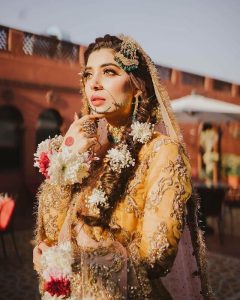 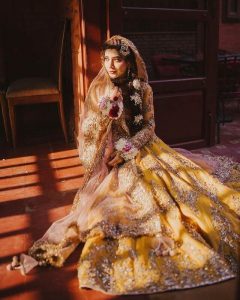