Usman Mukhtar Has Released the first look of His Upcoming Film 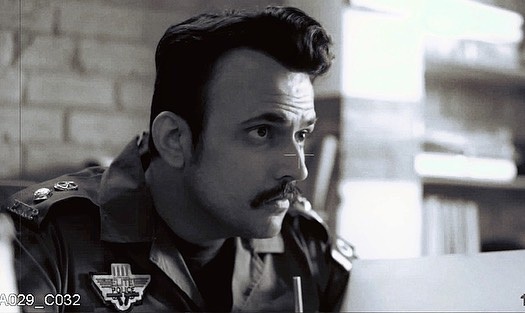 Usman Mukhtar, a renowned Pakistani actor who has wowed audiences with his excellent acting skills, is slated to star in a forthcoming film.

The Anaa actor took to Instagram to share the first glimpse from his new project, in which he will play a police officer. He captioned the photo, “Sarmad Zaman SSP (2022).”

Dareechay Films is producing the next crime thriller, which also stars actress Ushna Shah, and shooting will commence soon in Lahore. In Umro Ayyar, Pakistan’s first Urdu comic book transformed into a film, the celebrity will be featured with famed actress Sanam Saeed.

The film, which is slated to be released in 2022, is based on century-old Persian folklore and depicts fantasy, magic, and adventure. Usman Mukhtar, Faran Tahir, Ali Kazmi, Sanam Saeed, Simi Rael, Osama Karamat, Sana Fakhar, and Menzar Sehbai are among the cast members.