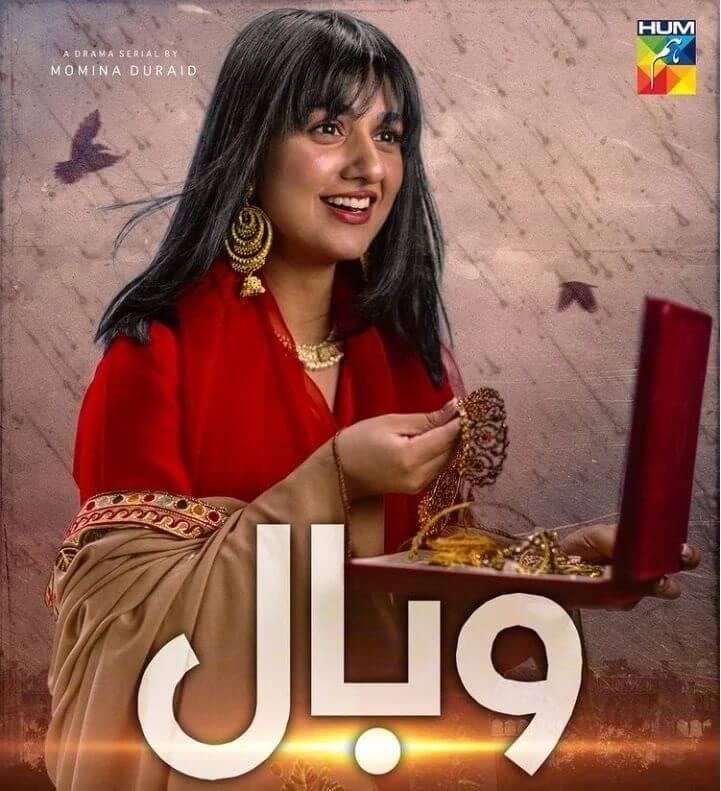 Wabaal is a new drama series from Pakistan that will be shown on HUM Television. Qaisera Hayat wrote the play. Amin Iqbal directed it, and Momina Duraid was responsible for the production. Sarah Khan, Meerub Ali, Shagufta Ejaz, Talha Chahour, and other artists are on “Wabaal.”

Sarah Khan will be in the upcoming drama series “Wabaal,” for which HUM TV just released a teaser. The plot of the drama serial “Wabaal” is about a girl who is tired of being poor and makes up a life for herself where she is rich. HUM TV wrote the meaning of “Wabaal,” which is curse, despair, and destruction, on the teaser when it dropped.