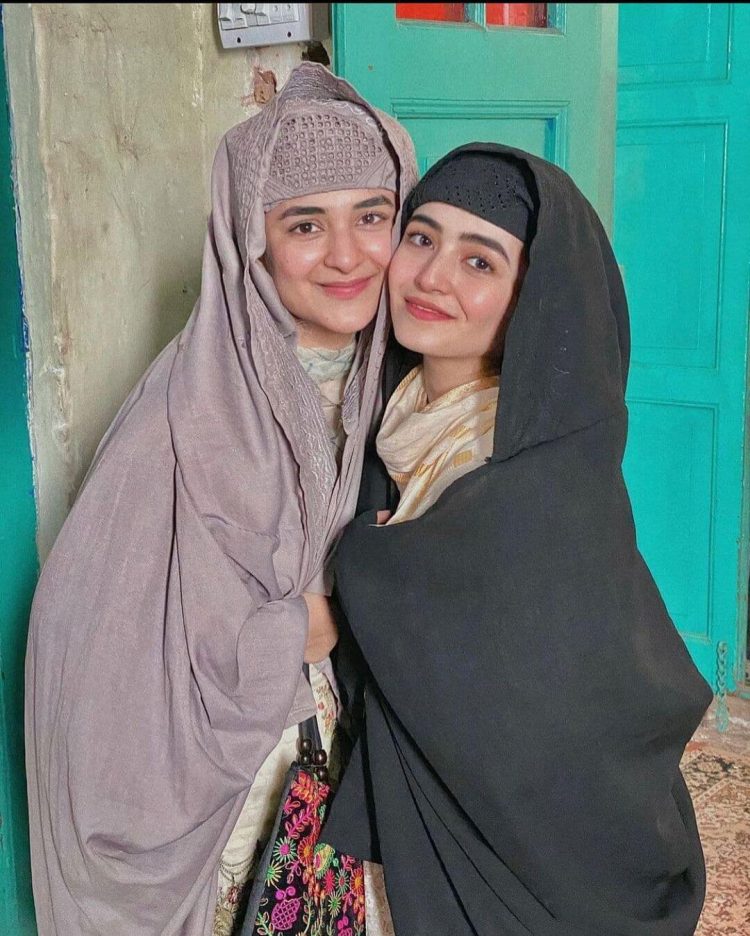 Yumna Zaidi and Merub Ali are well-known for their roles as sisters in the popular drama Sinf e Aahan, which aired lately. People adored their on-screen sibling relationship. Since then, their bond appears to have gotten stronger, and they now appear to be best friends. Merub Ali‘s first drama is Sinf-e-Aahan. Yumna has starred in a number of well-known dramas. She is regarded as one of the most gifted television actors of our time. She has won numerous honours for portraying a wide range of characters. Aap Ki Kaneez, Ishq Zahe Naseeb, and Ishq-e-Laa are some of her most well-known drama serials.

The Khanzada sisters from Sinf e Aahan were recently sighted lounging together. Yumna can be seen in the video giving Merub Ali a flower. Both stars had convened for a photo session.