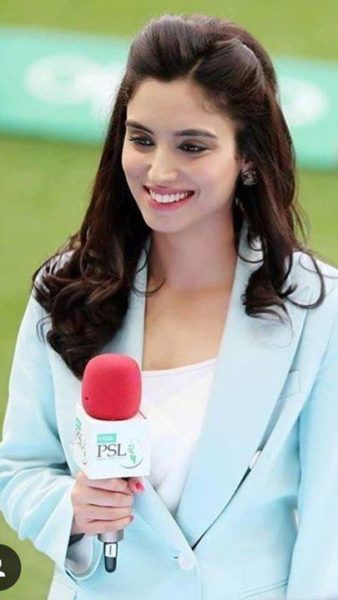 Zainab Abbas is a renowned television host and cricket presenter. She has worked as a makeup artist in her Studio. It was in 2015 when she started her career as a cricket commentator. Zainab auditioned for a World Cup Cricket Program, and that was the start of her journey.

In addition to this, Zainab Abbas is also the writer of multiple sports pieces for some big names of the Pakistani print industry, including The Dawn and Duniya News. The famous commentator has also hosted shows sports programs, including “Cricket Dewangi” on Dunya News. Moreover, a web-series talk show called “Sawal Cricket Ka” has also been hosted by this young talented girl.

Although the list of her achievements is already pretty vast, there has been another addition in them recently. Zainab Abbas has the honour of being the first Pakistani Female Presenter for SkySports. This is a great achievement, and the entire nation is proud of this incredible daughter.

Zainab Abbas shared this good news with her fans and followers on her Instagram handle. All her fans are showering immense love and are extremely happy about this achievement of hers. We wish Zainab Abbas more success in her life ahead.