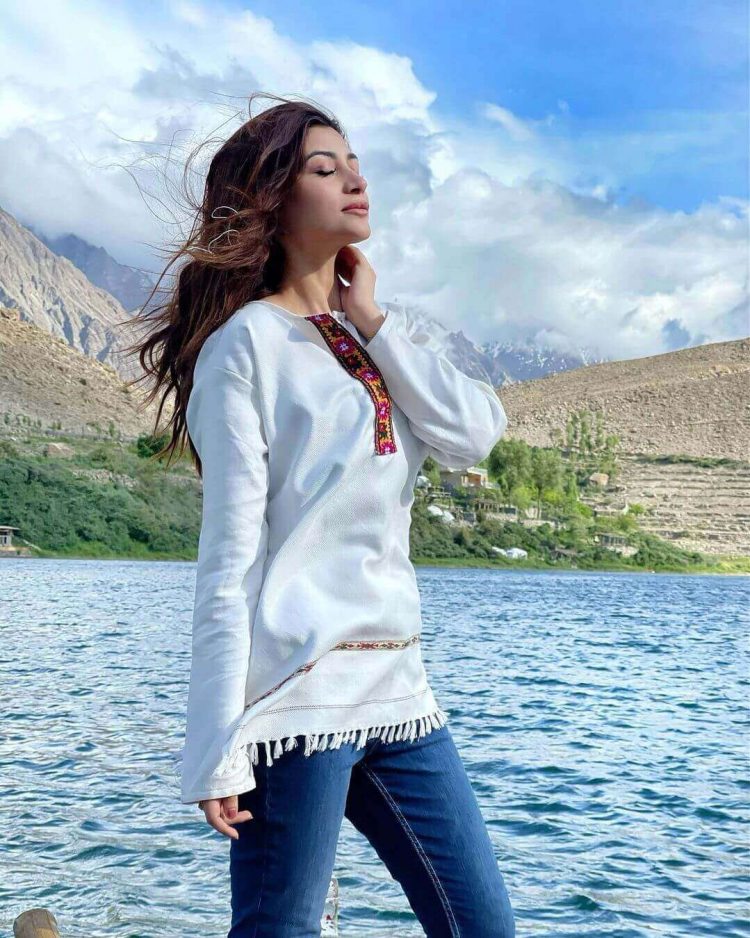 A stunning and gifted Pakistani actress named Zoya Nasir rose to prominence with Junaid Khan in the hit show Hania. In the past, Zoya worked as a stylist and makeup artist. Mere Humsafar, Zebaish, and Deewangi are just a few of the popular serials that Zoya has contributed to. Her successful television show Mere Apnay was extremely popular. The famed author Nasir Adeeb’s daughter is Zoya Nasir.

Pakistani actress Zoya Nasir has entertained her fans with her incredible dance skills. The stunning actress can be seen celebrating a family’s wedding in a viral video alongside other famous people. Together with her dance partner Haris Shah, she gave the wedding her all during the dancing.

The actress is dressed in a lehenga by Pehrwaas and a salmon pink net front open shirt. It truly was the ideal attire for a formal occasion.